November 17 2015 - When asked about Jennifer Lawrence's dispute about the gender pay gap in an interview with Newsbeat, actress Kate Winslet stated:

"I'm having such a problem with these conversations. I understand why they are coming up but maybe it's a British thing. I don't like talking about money, it's a bit vulgar isn't it?"

"I don't think that's a very nice conversation to have publicly at all. I'm quite surprised by these conversations to be honest, simply because it seems quite a strange thing to be discussing out in the open like that."

"I'm a very lucky woman and I'm quite happy with how things are ticking along."

Good for you Kate! Unsurprisingly Ms Winslet has been heavily criticised for her unhelpful comments and outdated opinions. Although as Ms Winslet says, the gender pay discussion may not be a "nice conversation" it is still unfortunately a necessary conversation as despite equal pay legislation being in force in the UK since 1975, gender inequality is still a big issue.

9 November 2015 was equal pay day. This is the day each year, named by women's rights campaigner the Fawcett Society, from which point women can be considered as working for free for the remainder of the year given the gap in average pay compared to men.

According to the Office of National Statistics the average hourly wage for a full time female worker is £14.39 but for men is £16.77. Therefore the gender pay gap is 14.2%. The gap is thankfully decreasing but there is a lot to be done before it disappears.

The Government have made a pledge to tackle the gender pay gap and have started this process by extending the right to request flexible working to all eligible employees and introducing shared parental leave which can be shared with a partner for couples with babies born since 5 April 2015. It has also been proposed to extend this further so that grandparents can share this leave by 2018.

Since 1 October 2014 the Employment Tribunals have had a power to order companies in breach of equal pay law to carry out an equal pay audit. However, by March 2016 it will become a mandatory requirement for all large businesses to publish gender pay gap data every year. It is hoped that this transparency will encourage companies to extinguish the gap and will allow employees to make more informed choices.

The Equality Act 2010 has contained a power for the Government to make regulations requiring employers to publish data about their gender pay gap for some time. However, initially the Government decided to launch a voluntary gender reporting initiative called "Think, Act, Report". Unsurprisingly this was unsuccessful in encouraging firms to publish information. Although more than 200 firms signed up to the initiative, a measly 5 firms have published gender pay gap information.

Given the poor take up of the voluntary initiative a last minute amendment was made to the Small Business, Enterprise and Employment Bill 2014-2015 which now requires the Government to bring in mandatory reporting requirements by 26 March 2016. A consultation was launched in July this year and closed in September which gathered information from business groups as to how this pay gap information should be collated, where it should be published and what format the reporting should take. The draft regulations with the final details are now awaited.

It is expected that all employers of 250 or more employees will have to publish details of employee pay annually or face a fine of £5000 for non-compliance. Employers are likely to be required to publish detailed information such as differences in average basic pay and total average earnings between men and women broken down by grade and job type. On 25 October 2015 the Government announced that the reporting requirements will also include bonus pay information. The consultation paper suggests that the regulations may be phased in with the largest employers being required to publish their data first.

What should companies be doing now?

Although the new regulations are likely to give companies a year in which to publish their data for the first time, it is advisable to start getting to grips with your gender pay information as soon as possible to establish whether your current available data would be adequate to conduct a pay audit.

You should also be looking into whether you have a gender pay gap and the reasons why this exists so that you can start tackling this before the reporting requirements become mandatory.

There are a number of reasons for the gender pay gap:

Although the expected fine for non-compliance of £5000 may seem relatively low for a large company, the damage that could be caused to a company's reputation, the negative publicity and the impact on employee attraction and retention could be significant for companies with a large gender pay gap. Now is therefore the time to be proactive in tackling any gender pay inequalities. 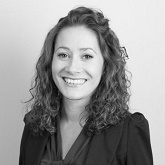 Amanda is an employment law solicitor with Child & Child.

Amanda advises companies and senior executives on all aspects of the employment relationship, from recruitment and the drafting of HR policies and employee handbooks through to advising on business reorganisations, disciplinary and grievance procedures and drafting and negotiating settlement agreements and severance packages.

She has advised on the bringing and defending of a variety of Employment Tribunal claims including unfair dismissal, breach of contract, flexible working, whistleblowing and discrimination claims.

Amanda is a member of the Employment Lawyers Association.