Travel Incentives - Why HR must get them right

September 10 2015 - In the world of HR there are few things more important than rewarding the people who work for you. There is a backward looking view which states that paying a wage is reward enough, that staff do the job they're employed to do, receive their agreed remuneration and the process comes to an end, but there are (at least) two huge problems with this point of view.

The first problem is relatively simple and is caused by the static nature of wages across most sectors and in most parts of the UK for what is now the better part of a decade. The lowering value of wages means that they become far more difficult to use as any kind of a motivational tool. Asking the people who work for you to go above and beyond the norm in return for payment which, in real terms, is worth little more or perhaps even less than it was a few years ago, is never going to be easy, and may result in employees feeling undervalued and exploited.

The second problem is slightly more subtle and involves the way in which we, as human beings, respond to the rewards we are given and the recognition we receive. Put simply, people like to feel valued. In terms of simple logic, merely having a job and receiving a wage which is enough to live on may seem ample reward for arriving at the workplace every morning, but people are emotional rather than simply pragmatic creatures, and the huge role which a person's job plays in their life - even if measured only in terms of hours in the week - means that, as a general rule, people like to feel that their efforts and the work they put in are genuinely appreciated. That's why rewarding staff for the hard work they do can play such a vital role in boosting and maintaining staff morale. It's vital not to think of the money spent on incentivising staff as an expense - it's not, it's an investment and it's an investment in the most important aspect of any company, the people who work for it.

Having accepted the importance of incentive programmes, the key to success lies in creating rewards and targets which the members of staff can relate and aspire to. Incentives which are handed down from on high may well be appreciated on a purely practical level, but those which have been chosen and designed with input from the staff hoping to receive them will create a sense of communal ownership, of a reward system which belongs to everyone in the business. Whether this process involves a companywide survey, informal discussions or more rigidly structured focus groups will depend upon the size, ethos and structure of the individual business, but the outcome - a set of rewards which have been created to be earned rather than simply handed down - will have maximum impact.

Offering travel as a reward is an excellent means of incentivising staff to give their all, and to strive for a genuinely special reward. Whilst cash bonuses, gift vouchers or prize items will doubtless be appreciated, the nature of travel is such that it will be seen as a once in a lifetime opportunity. Whether this means seeing a part of the world that wouldn't normally be accessible, enjoying activities they wouldn't usually be able to access or afford or simply taking time out from the daily grind to relax in a pleasantly novel environment, the ephemeral nature of travel itself will ensure it is a prize worth pursuing.

One common problem HR departments often face is opting to arrange the details of the travel incentives themselves. Whilst it may seem tempting to keep the work and therefore the costs in-house it should be remembered that, unless you happen to run a travel business, this is not an area of expertise. Whilst the simple fact that you've realised the value and importance of crafting travel packages to offer to staff as rewards indicates an expert grasp of HR itself, the details and minutiae of planning a successful travel package represent another challenge altogether and just 'having a go' on the basis of the fact that you manage to organise your two weeks in the Med every year simply isn't worth the risk.

The only thing worse than no reward is a disappointing reward, and few things are more disappointing than a travel experience gone wrong. All of the good work and morale boosting you've achieved thus far could be undone if the 'short stroll' from the hotel to the beach/mountain range/adventure sports centre turns out to be a four mile drive.

The kind of travel package which your members of staff would consider an apt reward will vary hugely from company to and even person to person. That's why it's vital to offer a range of incentives designed to appeal to different talents and personalities, and to ensure clarity in terms of the dissemination of information regarding these incentives. This means you might not have all the relevant local detail to put together the right package. This knowledge can make a huge difference when putting together such packages. Having this experience makes it easier to stick within a firm's budget and a clear idea of what you're looking for to create a detailed and highly specific plan.

As vital as the details of the rewards themselves is the process by which they are earned. The HR department has to clearly define the criteria via which incentives can be achieved, since something left too vague may well result in a number of people feeling they've done enough to earn the prize, with all but one of them left feeling disappointed and disillusioned. Longevity and a long term improvement in staff morale also dictate the creation of a rolling incentive scheme which can work over the long term. A spectacular one-off prize may well have a dramatic instant impact, but this will soon dissipate as people realise there won't be an opportunity to repeat this success on their own behalf.

Ultimately, the person receiving the prize should feel that it was more than worth the effort put in, whilst the rest of the staff should feel moved to redouble their efforts to ensure that the next time it will be them being rewarded. 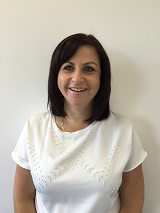