X'ploring the freelance factor: why your best workers may not always be your employees

With more and more businesses looking to pursue an on-demand workforce to scale labour efficiently, the rise of the 'independent worker' should not have come as any surprise. According to trade association, the Professional Contractors Group (PCG), freelancers represent the fastest-growing sector of the European labour market which contributed £95 billion to the UK economy in 2013 alone.

But how has this change in the working environment impacted businesses? Consider this scenario familiar to many HR managers: a project has come up, and you have been tasked with building a team.

As an HR manager, your challenge is to construct a group with the aggregate characteristics and skills needed to complete the project successfully and on-time. The project is urgent, but only short-term. It will require a technical and specialised skillset, not to mention creative problem-solving, and like any good team, the members will need to work closely together to deliver the desired outcome. You are juggling multiple projects at once, so the team needs to operate relatively autonomously and its members need to be able to self-motivate.

IBM's Smarter Workforce Institute conducted a study of over 33,000 workers in 26 countries to understand what freelance workers bring to the workplace in comparison to regular employees and employees who have been formally identified as 'high-potential' employees by their organisation. The study considered a number of essential workplace factors, including engagement, job satisfaction, innovation, and collaboration. Analyses revealed that independent workers are more engaged than most employees--and can even have greater pride and satisfaction than high-potential employees.

Employee engagement is a common goal among HR professionals and business leaders, as engaged and satisfied workers perform better and help achieve the best business results. Compared to other employees, both freelancers and high-potential employees report greater satisfaction, pride, and willingness to refer friends and family to their organisation, suggesting freelancers may be on par with a company's best workers. According to our study, freelance workers are also more innovative than most employees, though not more than high-potential employees.

Unsurprisingly, autonomy - control over when, where, and how you work - is a fundamental differentiator between independent workers and regular employees, and is also a necessary condition of an intrinsically motivated workforce. The desire for autonomy is what attracts people to freelance work, and what freelance workers enjoy most about their arrangement. But interestingly, the control that independent workers have over their work is similar to that of high-potential employees.

The study found that contract workers demonstrate collaborative skills that are comparable to most employees, but they are less collaborative than high-potential employees. This lag in collaboration for freelancers could be due to a number of reasons: by their nature, independent workers could simply be less inclined to compromise; as many as 15% reported having sole decision-making control as the best part of their work arrangement, and just 4% cited working alone as the worst part.

Another factor to consider is that freelance workers are not always as committed as regular and high-potential employees; they are more likely to think about moving elsewhere, even when their arrangement with their current company is expected to be long-term.

The best fit for your business

Ultimately organisations must decide on the best workforce for their needs, however this study does provide new insights into the freelance perspective, and it would seem to suggest that HR departments could broaden conversations about freelancers beyond cost factors.

Often, discussions are had mainly in the context of talent sourcing and procurement, but these conversations could be extended to include the unique characteristics that make freelance workers valuable assets. In short, they may not only be a flexible and cost-effective resource, they may also be inherently engaged, satisfied, and innovative workers.

However, HR departments must also consider the challenges of enlisting freelancers and the significant challenge will be to strike a balance that is unique to each individual organisation. 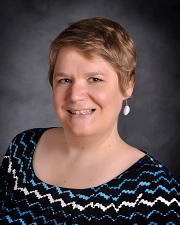